There, comrades, is the answer to all our problems. It is summed up in a single word — man. George Orwell

Historic Wright-Patterson AFB, Ohio (Think: Wright Brothers) is one of the largest and most important bases in the USAF.  It’s a leader for research and development and a major base for flight operations.  Despite its importance to the mission of the Department of Defense, it is also known to many for just one thing: storing, well, ET’s.

Consequently, I would be remiss without addressing the aliens (sorry, undocumented beings) rumor. I believe most of my readers want to know what I know about the Little Gray Men, as no doubt tens of millions or more do too. I was, after all, the Public Affairs Officer with a TOP SECRET clearance, where they were said to have been stored.

“Over the past thirty-eight years, it has, from time to time, been rumored, that the remains of extraterrestrial bodies are (or have been) stored at Wright-Patterson AFB, Ohio. There are not now, nor have there ever been, any extraterrestrial beings or any material related to the same at Wright-Patterson Air Force Base, Ohio. All records of United States Air Force investigations “Project Blue Book”  into Extra-Terrestrial studies are contained in the National Archives.”

Pretty specific, huh? When I prepared that explicit proclamation in 1985 for the media and answering queries from the public, I believed it to be true. Less than two years after I made that declaration,  I discovered it not to be true. Hint; It has something to do with the Spill of 1986-7.

There’s just one thing that gives me pause: TOP SECRET/SCI/SAP-R* (and sworn to secrecy for eternity) that the Department of Defense had entrusted me with. 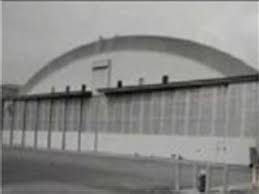 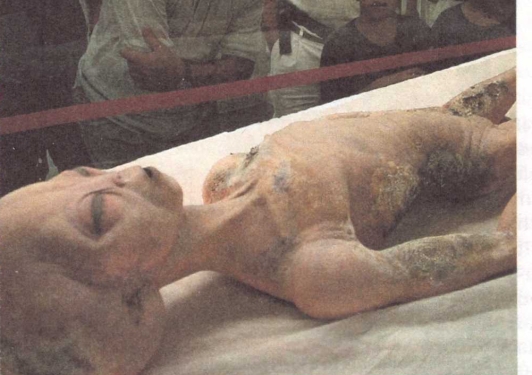 With a Presidential Executive order to the USAF (as commander in chief) for a search of WPAFB, Ohio for any evidence of extraterrestrial, where would they look? Wright-Patt sits on 8,000 acres, with thousands of buildings, and an estimated 200 labs.

Would they search a nondescript building with warnings of hazardous chemicals, contamination from radioactive substances,  including bone-seeking (Americium-241) with a 432.2-year half-life?

Perhaps in an isolated building with no markings at all,  but underneath a bomb-resistant  vault and tunnel, maybe containing a barrel or two?  Something inside those containers — with the best-known chemical cocktails, when pickled, or in a cryogenic chamber — to preserve body parts indefinitely? Too delicate to move to Area 51?

With advances in technology, not available in 1947, 1967, 1987, or anytime in the twentieth century, microbiological innovation and contemporary scientific protocols would permit a more definitive examination and less degeneration of cells.

The super-secret USAF Foreign Technology Division (FTD) was,  maybe still, near the site, coincidently, I suppose. In 2018, the now named Air and Space Intelligence Center (ASIC) was doubled in size to 58,000 square feet, adding more labs at a cost of 29 million dollars. ASIC investigates and scrutinizes technical intelligence of (the) Air and Space Force(s) and scientific exploration. Separately, Wright-Patt is a major research and development center.

Are those priceless, fragile, mysterious, amazing, and otherworldly ETs,  under study as I write, employing more precise instrumentation, sophisticated scientific innovations whose names we don’t yet know?

If these hypothetical researchers find that genome, pluripotent cell, or any evidence previously unknown about Extra Terrestrial life forms, the scientists would have a Nobel Prize in Physiology for the taking; if only the judges knew. Would the Nobel Committee create a special category just for those men and women?  Might the United States Government establish a form of knighting, similar to the UK, for these scientists?

What I found almost by accident — should I reveal the irrefutable evidence — would be a virtual tsunami of near Biblical proportions, probably for the entire planet. What proof do I have?  Should agents, producers, or publishers be reading my book — an advance of $10 million, with a money-back decree naturally, would be a good start.

Though I might be a cause ce′l′ebre to many, who judged my actions courageous, there’s still Ft. Leavenworth, Kansas; the infamous federal prison with its most secure facility now the innocent-sounding U.S. Disciplinary Barracks (USDB).

Chelsea Manning (though not in max security) was confined at the Barracks, the same facility where Nidal Hasan awaits execution for the mass murders at Ft. Hood, Texas. As of this writing, there were four DCI (death cell inmates), including the despicable Hasan, on death row at the USDB. Just heard on the news, the Federal death penalty was reinstated.

These Barracks, once a facility for prisoners sentenced to a life of hard labor, remain a maximum-security prison. Although in ill health, such an institution (rarely allowing visitors) would probably not be the ideal sanatorium for me to live out my golden years, even in the medical ward. As long as I could maneuver by any means, I would surely be emptying bedpans and, when unable, restrained to my bed, in solitary, until death.

As for my family, the Government would undoubtedly harass them more than CNN would badger Sarah Sanders at an editorial meeting.

Any monies or assets gained from my story would probably end up in the U.S. Treasury and finance a grant for Progressives to study the prospects of legalizing NAMBLA. After all, it’s just sex, and Man-Boy is their sexual preference.

There is currently a “Search [for] Extra Terrestrial Intelligence (SETI)” organization operated by prominent scientists active at a location in Northern Calif.

In 2019, a group known as “Storm Area 51” encouraged festival goers to raid the classified Air Force Installation to “see them aliens,” according to a Facebook post.

Last-Minute update: Just recently, after a FOIA request revealed footage from a US Navy fighter showing UFOs, the U. S. Government began an official study of Unidentified Aerial Phenomenon, UAP.