The stereotypical image of Vietnam veterans was well established in the consciousness of the general public by 1970. We were all assumed to be incurably and permanently  traumatized by the war: Drug-addled, unemployable, homeless misfits; or soulless psychopathic killers deserving of fear. The typical villain-of-choice in Hollywood films and cop shows of that era was the “deranged Vietnam vet driven by combat experiences to commit homicidal mayhem. Years of daily bombardments by: all the Bad news that’s fit to print.” Media coverage of the war convinced the public  that those who fought in Vietnam were poor, ignorant dupes who who should be either pitied or feared –“no in between.”   (Jerry Morelock from article in Vietnam Magazine)

It is no surprise then, that in my community at large, as a well-known writer and veteran, people occasionally ask me about Vietnam. Was there mutiny, drug abuse or racial hostility among U.S. forces, during the war? I saw zero such activity during the 12 months I was there in 1967 with the 1st Cavalry Division (Airmobile). Although I heard of incidences of occasional pot smoking by soldiers who were not in a combat posture, and a couple of fragging incidents that occurred within the division.

As for race issues, it practically disappeared in the field when often time one depended on another person, black or white, to save their butt.

Was everybody happy, of course not? Other than being anxious, stressed, more alert and trying to get home without death or serious injury, I saw no peculiar problems for units in Vietnam than those operating stateside. OK, that’s a lot, and being in Vietnam was a major stressor, and later in the conflict, some drug and race issues materialized.

During the time I served, I observed soldiers who saw purpose in the mission in Vietnam, and their jobs typically took precedence over spit and polish.  No matter where, soldiers bitch and moan (especially lower enlisted) at just being in uniform.

Most people I hear from are more judicious in their queries and want to know about my experience in Vietnam as it relates to how well we were executing our mission, our motivation, and so forth.  I was In-Country Jan 67 to Jan. 68, and I can speak assuredly about my unit: 1st Cavalry Division (Airmobile).   Although my tour in Vietnam was no easy ride, I was honored to have served; especially as a member of The First Team.

You will remember from previous chapters, that I traveled extensively while in the 1st Cav and was on the ground with the troops during several operations. I had practically unfettered access from the PFC to the CG (Commanding General) and to classified information. I believe that — as an unassuming, ordinary soldier —  I was more likely to get my subjects to speak freely and give me unfiltered responses.

So, when I impart my opinion and observations, you can trust I am in a position to do so.

The overwhelming majority (about 95%) of the hundreds of soldiers I met, from cooks to colonels, were highly motivated and serious about our mission in Vietnam. How confident were we?  A group of us used to talk about how someday we would be relaxing in a condo on the beautiful beaches of the South China Sea — subsidized by the grateful people of South Vietnam — because we saved them from communism.

As for our morale and fighting spirit when I was on the ground in 1967; The 1st Cavalry Division (Airmobile) with its 16,000 Skytroopers, 434 choppers; Infantry, Artillery, Engineers, Scouts, Airborne, Rangers, Reconnaissance and other specially trained troopers was a motivated and lethal fighting force in Vietnam. We were The First Team, gung-ho and kicking ass.* There was a bounty on our men; the VC/NVA offered a monetary reward for the capture, dead or alive, of any 1st Air Cavalry combat soldier!

1st Battalion, 5th Cav Black Knights.  The CGs ready strike force. The Cav Commander lauded these men, saying their Cambodia campaign was one of the Cav’s most impressive operations. In addition, 1st/5th operated in Binh Dinh Province, participated in Pleiku and several other campaigns. I was in the field with this unit when a medic from A company distinguished himself by earning the Medal of Honor

2nd Battalion, 5th Cav. Ironhorse. Relief at Ia Drang, fighting in Khe Sanh, Bong Son, and DMZ. I spent time in the field with this unit.

1st Battalion, 7th Cav.  Garry Owen. The bloody battle of  Ia Drang Valley, one of the primary unit’s featured in the book and movie We Were Soldiers Once . . . and Young. Sixteen campaigns, including fighting at Hue.    2nd Battalion, 7th Cav Garry Owen, battle of Ia Drang, Masher, White Wing, Khe Sanh, and Cambodia.  I spent time with this unit. 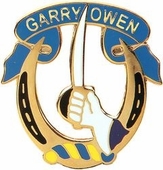 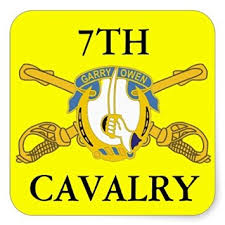 Seventh Cav had about 1,000 fatalities, more than any Cav unit. 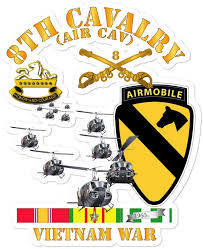 1st Squadron, 9th Cav. Headhunters. Known as the Cav of the Cav.  Reconnaissance Scouts, one of the most active units in the Division. Numerous campaigns including Cambodia. Attached units: Rangers and Long Range Recon. Patrols (LRRP). I spent time with this unit.

1st Battalion (Airborne) 12th Cav. Always Ready. Operation Lincoln, LZ Bird, and numerous other campaigns. Made one of the largest assaults of the Vietnam War. I spent time with this unit. 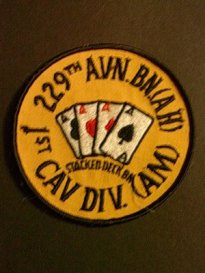 Although far from being a player in any direct combat role, my own company of record, 15th Admin. with finance, supply, casualty, legal and the like suffered 10 Fatalities, including 4 from our fifteen member PIO.***

The 1st Air Cavalry fought in all (4) Corps Tactical Zones in Vietnam, including Laos and Cambodia. The prestigious Presidential Unit Citation and scores of other awards were given to the 1st Cav for its bravery in battle. Sky Troopers of the 1st Cav earned more Medals of Honor by far —  30  (19 Posthumously)! — than any other division in Vietnam.

Had the town where I was born lost as many souls as did the 1st Cav in Vietnam, it would no longer exist. The 5,621 killed in 1st Cav would more than wipe out the entire population of Amory, Miss, at the time of my birth.

A salute to all who served, especially those who can never return it.

*This is in no way meant to glorify War.  It is not pretty, people die, including our own, of course.

**Sources for Fatalities and Medals of Honor: 1st Calvary Division Assoc. Book Of Honor. The listing may not include every single unit of the 1st Cav nor all of its attached support contingents.

***Over a five-year period.