The most beautiful sight I’ve ever seen: Ft. Gordon, Georgia, disappearing in the rearview mirror of our taxi as we headed to Bush Field. Okay, I exaggerate a bit, but I hadn’t been in Augusta for the golf and never wanted to visit again. Yet, I felt some pride — gained some confidence and skills —  in completing basic combat training at the army post in 1966.

Marty and I wanted to see each other before my Advanced Individual Training (AIT), but time and resources prevented it. We talked long distance occasionally, but the expense ruled out frequent telephone communication. Letters would have to suffice. She wrote to me often; those letters were a gift that I’ll always remember and appreciate. We were listening to our favorite songs Happy Together–the Turtles and Soul An Inspiration-Righteous Brothers, just not together.

My next assignment, AIT, was at Ft. Benjamin Harrison, a small Army post-Northeast of Indianapolis.  Lined with mature hemlock, white cedar, and blue ash trees and dotted with beautiful historic Colonial Revival buildings, the Fort commissioned in 1908 was named for President Benjamin Harrison, who called the Capital of Indiana home.

I visualized its enormous parade field abuzz with thousands of recruits when it was the busiest reception center in the U.S. during WW’s I & II. Now it served as a training center for many clerical Military Occupational Specialties (MOS) and other Army activities.  I would be on temporary duty at Ft. Ben several times in my Army and Government career for advanced training. 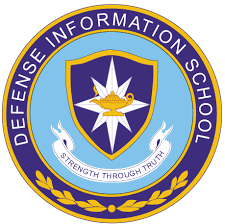 In the Fall of ’66, I was here to attend the Defense Information School (DINFOS), which trained all branches of the service in journalism for print and broadcast specialties. This is the school I got for giving an extra year to Uncle Sam. I was assigned to print for some unknown reason instead of the broadcast course.  Close enough, I thought maybe I could do both, but I had a problem.

I was a poor typist and lousy speller; by the time I pecked out  dateline “INDIANAPOLIS (UPI)” most students had completed their first sentence. I fell behind quickly struggled, and about two weeks into the 10-week course, I washed out, “Too slow, too many grammatical errors, not imaginative.”

Right then, I could have been relegated to Cook School,* without breach of contract where people like me, who hadn’t made the grade, were typically sent.  “Failure to successfully complete promised training course(s) will relieve the Army of any obligation of said training,” read the agreement.

So, the extra year I was giving the Army, three years in all, I’d be peeling spuds in an overheated mess hall, standing in a serving line dumping what GI’s consider slop into their trays, and taking guff from a moody old Mess Sergeant?

I needed to think fast, go on the offensive.  I had to appeal my case as private (the lowest rank in the military) to a USAF lieutenant colonel.  In my best radio voice, I convinced the colonel that I was supposed to have been assigned to the Broadcast course in the first place. The DINFOS Commandant said okay, but I’d have to pass a series of auditions.  I started the Broadcast course already in progress, graduated in the top one-half, and was awarded the MOS 71R20.

I was looking forward to spinning Paint It Black & Homeward Bound, somewhere.

I had enough time for a few days leave, before my reporting date, which I took to see my parents and brother in Mississippi instead of visiting Marty. While there on Christmas Day I contracted pneumonia and was admitted to the nearby Columbus AFB Hospital. I wasn’t going to make my reporting date.

Over the past few years, I’ve written several feature articles about veterans and their experiences in WW II, Korea, and Vietnam.  I’ve garnered appreciation and acclaim for my writing, and the stories appeared in several publications and on the World Wide Web. Some of the details I elicited from these Veterans about their experiences in war were uncomfortable for me to hear.

As a veteran, I had an idea of what it must have felt like for them, their emotions, their pain. It was sometimes difficult to get the men to open up, especially former POW Tom McMahon. He more than once said during the interviews, “What are you doing, interrogating me!?”

I am flattered that he trusted me with his most intimate thoughts and his unimaginable suffering as a prisoner of the Nazis. He had never shared such raw emotions with other writers. Tom was pleased with the story, and for me, that was a compliment of the highest order.

Shortly after my feature on him was published, he quit granting interviews.  McMahon died in his sleep February 14, 2021, just shy of his 96th birthday. (See Bonus Chapter IV, With Deep Regret, in Part II of this book.)

As uncomfortable as I am sometimes with the details I hear while writing about fellow veterans; tougher still is for me to open up with my own personal experiences in Vietnam. That, however, is what I’ll be writing about in the next few chapters.

*The culinary arts are all the rage these days, and without intending to insult any readers who were Army Cooks, it wasn’t considered the most desirable MOS at the time. If out in the bush, pounding the ground all day and dodging VC popping up from tunnels, Cook (MOS) might have some appeal. To start out as a one, not so much.